Help for Heroes and MoD Criticised by Injured Troops 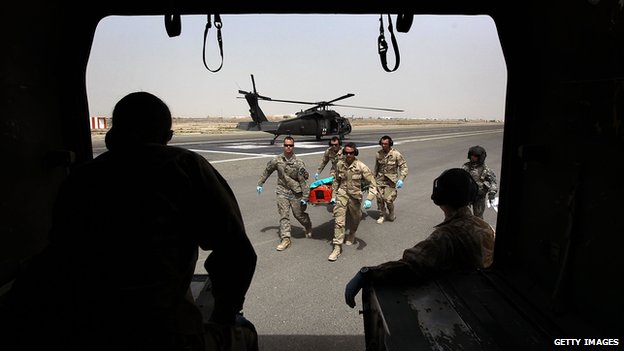 Military charity Help for Heroes has been criticized by some of the UK’s worst-wounded troops for spending money on buildings rather than everyday care.

They claim the recovery centers are not always available to veterans who have left the forces.

The criticism was uncovered in a report by BBC Newsnight and the Bureau of Investigative Journalism into state and charity provision for injured troops.

Help for Heroes says that, without its cash, the centers would not exist.

However, injured troops and their families who were contacted for the investigation complained that the charity was subsidizing multi-million pound Ministry of Defense building projects, when money was needed for practical everyday help for injured service personnel and veterans.

Recently discharged and serving wounded troops and their families said that, despite extra government money and the hundreds of millions of pounds raised by military charities every year, they are still not getting the help they need.

The investigation has uncovered examples of wounded veterans having to pay for physiotherapy and for prosthetic limbs which meet their requirements and reports of amputees with ill-fitting prostheses being told to pad their stumps with multiple pairs of socks.

Many of those that Newsnight/The Bureau of Investigative Journalism spoke to paid tribute to the good intentions of Help for Heroes and its fundraising efforts, which have pulled in £141m since it was founded in 2007.

However, they complain that the charity has been overly reliant on the MoD for advice on where to allocate funds.

Former Royal Marine Ben McBean, a double amputee and one of Help for Heroes’ patrons, said that Help For Heroes and other military charities have been “getting cosy with the MoD”.

“When the MoD say ‘right we know what is best for the lads, you don’t we do, build this massive building, do this do that’ they are going ‘OK, let’s do it’.”

Mr McBean said that when he needed to replace his prosthetic arm, he paid £7,000 of his own money because the limb he was offered by the NHS was of a lesser standard than the one it was replacing.

We find it difficult to see these buildings, these edifices that are being paid for by charity… if there’s building work, if there’s need for a location then that should be the MOD’s responsibility”

He said that, during his initial treatment after his injury, the MoD – which was directly responsible for his care at that stage – had originally issued him with a white arm. Mr McBean is black.

He said that in the past he had defended Help for Heroes when other troops have criticized it, but had now decided to speak out because he was “fed up” with the situation.

The centers in Plymouth, Colchester, Catterick, Edinburgh and Tidworth, Wiltshire are part of the government’s Defence Recovery Capability, providing training and resources to injured personnel to help them either return to duty or prepare for life outside the armed forces.

The MoD says they are primarily for serving personnel. Veterans can only return on a priority case-by-case basis.

Mr McBean said: “Rather than £100m being spent on limbs for every single guy who has been injured, and the future, instead the MoD somehow managed to get all these Gucci buildings out of it.

Diane Dernie, the mother of Lance Bombardier Ben Parkinson, a double amputee who recently carried the Olympic torch in Doncaster, also questions why charity money is being spent on bricks and mortar.

She said: “We find it difficult to see these buildings, these edifices that are being paid for by charity. If there’s building work, if there’s need for a location then that should be the MOD’s responsibility.

The Help for Heroes flagship project is a recovery center based as Tedworth House in Tidworth, Wiltshire, a former 18th Century Grade II listed stately home.

Its refurbishment has cost in excess of £20m, with reconstruction work including the renovation of intricate plaster work, an orangery, relaying cobblestone floors, and cleaning and polishing stained glass windows, chandeliers and statues.

When challenged about the views being expressed by troops in the investigation, Bryn Parry, the founder of Help for Heroes, pointed out that Help for Heroes had to spend money where it was needed.

He said that the recovery centers were desperately needed, and that without the charity they would not have been built.

He also defended the opulence of Tedworth House, saying: “I think we want to do the best.

“I have an image of a mother or a wife, coming down that drive to the best house in Tidworth, and knowing that it’s not as an officers’ mess, it’s not full of privileged people, it’s full of the rank-and-file.

“I know that that mother will know that her boy has been appreciated.”

However, wounded veterans have complained that following their discharge from the forces they have been denied access to the recovery centers.

It is the MoD, rather than Help for Heroes, which decides who is treated there. Three out of the five recovery centers have been built on military bases – Tedworth House and Edinburgh are the exceptions.

That can lead those who are no longer part of the armed forces to feel they are not necessarily welcomed.

Harris Tatakis, a former corporal in the Royal Marines, received multiple injuries in an IED blast. He was discharged just over a year ago and tried to get back into his recovery center in Plymouth after months without treatment, but says he was turned away by the MoD.

Help for Heroes is currently funding a £22m building project on the site.

He said: “I’m on the doorstep of the recovery center and it’s a shut door. Once you’re discharged, they’re not there for you anymore they’re there for the next injured serviceman coming in.”

Mr Tatakis ended up having to pay for his own twice-weekly physiotherapy sessions, but said that after a year he could no longer afford it.

“I gave 13 years of my life to serving and I just feel like the moment you’re injured that’s it you’re seen as a burden.

“You feel throughout you’re having to beg to get what you want, or to get fixed. It’s a very degrading process to go through,” he added.

Lack of money is not the problem – our investigation has conducted the first accurate assessment of the worth of military charities across England, Wales and Scotland. Records for Northern Ireland are not held centrally.

Across the board they raise just under £700m a year and have more than £1.1bn in the bank.

A year ago, following a raft of critical stories over provision for wounded servicemen and women, the military covenant – the UK’s traditional duty of care to its armed forces – was enshrined in law by the coalition government. It sets out the state’s legal responsibilities to wounded service personnel and veterans.

And following the Murrison Review into the prosthetic services offered to veterans by the NHS, the government announced in October 2011 an extra £15m investment in services to help veterans who have lost a limb while serving their country.

But despite this, seriously injured soldiers and their families say they are still not getting the help they need.

“We know many who’ve struggled with sockets,” said Ben Parkinson’s mother Diane Dernie, who is in regular contact with the families of other amputee soldiers.

“The NHS thinking is that it’s acceptable to pad the stump and put up to 11 layers of socks on the stump to actually make it fit. When you get your sockets, you get a bag with your socks in to pad your stumps,” she added.

In response to the findings of the Newsnight/Bureau of Investigative Journalism report the MoD issued a statement in which it said: “Those who put their lives on the line and make sacrifices for this country deserve all the financial support and medical care we can give them.”

It said £226m would be spent over the next 10 years on assistance for recovering troops.

“The MoD and the Department of Health have been working closely on enhancing the transition arrangements to ensure a seamless handover of medical and social care provision for those who require it.

“This includes ensuring that veterans have the same levels of access to prosthetic limbs and specialist care from the NHS as they did at Headley Court.

“Our Personnel Recovery Centers remain open to wounded, injured and sick veterans. Working with our charity partners we assess each case individually and prioritize individuals that would benefit most from the centers.

Lord Dannatt, former head of the Army, who was instrumental in establishing Help for Heroes and the momentum behind the PRCs, believes a more co-ordinated, independent approach is needed and is calling for a Veterans’ Tsar to be appointed.

“I think someone that stands independent of government to keep government up to the mark to make sure to the covenant is observed and to keep charities up to the mark. I think there’s a strong case for that,” he said.

Watch the full report on Newsnight, after which Defence Secretary Philip Hammond will be giving his response to the findings, on Thursday 9 August 2012 at 10.40pm on BBC Two, then afterwards on the BBC iPlayer and Newsnight website.